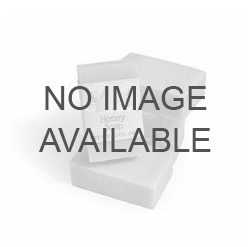 I have a 215 and Marijuana use is legal under Prop 64, Can I still be charged with DUI?

California is one among several other states that has recently changed its treatment of marijuana. In California, patients are able to obtain a medical marijuana card for the treatment of certain medical conditions. These individuals can legally possess a certain amount of marijuana without being in violation of any possession law. However, a person may still be susceptible to DUI charges if he or she drives while in an impaired state.

California determines whether a person commits a DUI based or drugs offense if his or her mental capabilities are impaired to the point that they are unable to drive with the same caution as sober person,  while using ordinary care. Marijuana use has been associated with different types of impairment that can adversely affect a driver, including drowsiness, altered sense of time and impaired memory.

While a breathalyzer test is commonly used to determine if a person is above the legal alcohol limit of 0.08 percent, the same per se level of impairment is not applicable in cases involving drug impairment. Therefore, tests that measure THC, the active ingredient in marijuana, can be used to detect even the slightest amount of the drug. While some states have a per se amount, California currently does not. By virtue of the implied consent law, any motorist in California who is suspected of driving in an impaired state must submit to a blood test to test for the detection of drugs or alcohol if a law enforcement officer has probable cause to believe that the driver has been driving in an impaired state. Failing to submit to such testing can result in serious consequences including a one-year suspension while still leaving open the possibility that the prosecutor will use this refusal as proof of guilt in a DUI trial.

What are the consequences of a marijuana DUI conviction?

A marijuana DU conviction  can result in serious penalties, jail or prison time. This depends on whether it is fist, second or third conviction, and if the individual was charged with a misdemeanor or felony. Fines and court costs can range from $500 to $5000 and penalties are generally stiffer for a second or subsequent offenses.  Additionally, a defendant can lose his or her license for six months to four years and attend mandatory DUI classes.  A conviction can impact a person’s ability to maintain a job and professional/career licenses.

Consult with a  DUI defense attorney

If a person is charged with DUI due to suspected impairment caused by marijuana, it is important that he or she contact a Chico marijuana DUI attorney for help. An experienced Chico DUI lawyer will explain that it is difficult for law enforcement to establishment impairment based on marijuana since the drug may still be found in a person’s system well beyond the last time it was consumed. Additionally, a Chico marijuana DUI attorney can explore other possible defenses that would warrant a dismissal of charges or a reduction in charges through a plea bargain.